HOW I “FOXED” MY MATH PHOBIA!

HOW I “FOXED” MY MATH PHOBIA! 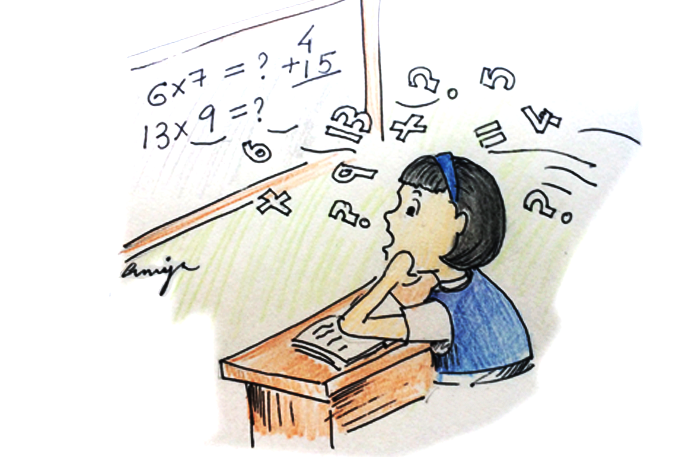 For those who know me well, know that Math is actually a four letter word for me! I don’t know whether it’s a phobia, whether that part of my brain is dysfunctional or my general disinterest in anything to do with numbers reflects in my (lack of) comprehension.

Ever since I can remember, I have never been able to understand numbers. Addition and subtraction is do-able but anything beyond that needs a calculator. In school, I would sit through Arithmetic and Geometry class feeling frustrated, stupid and… bored! I had a special tutor ( The sweet old Deshpande Sir) who would come bright and early in the morning to teach me, I think at the end of those three years he had more grey hair and less patience. Everything would make so much sense when he was explaining it to me – but when it was time for me to do it myself – I was blank! My poor parents even contemplated me taking a one year drop just to learn maths. I didn’t thankfully take a drop, a very dear friend sat with me patiently every day and tutored me. But the day of the board exams, I will never remember her crest fallen face when I was very confidently telling her what I had written in my answer paper. “Don’t worry, don’t’ worry, you’ll get marks for writing down the steps” !! She had said. And I think that’s exactly what I got, because I scored a exact 35/100 – the passing mark – no grace marks! It was the happiest day of my life! My tutor ( the grey haired one) was even happier than me I think!!

I don’t know what it  is about Maths, but the more I talk to people I realise that I’m not the odd one out (whew!). There are so many adults and children out there who would love to stay away from Maths given an option. Is it the way its taught? Is it in our genes? Is it in our personality? I don’t quite know.

My Math phobia was revisited with a bang when Suchitra decided to come up with a multiplication game – Foxed! I categorically told her that there was no way I would be able to explain the game to children – god knows what they would land up learning! But a lot of patience on both sides eventually led me to understanding ( and now enjoying) Foxed!

It’s a fun game that not only requires you to know your tables but also needs quick thinking and strategy. It’s exciting, challenging and tons of fun! Yes, this is me Manisha Desai – Math phobic – saying I enjoy multiplication!

Suchitra, if only you were born 30 years back and came up with lots of games that made math so much fun – you would have saved Deshpande sir’s hair and lots of sleepless nights!!

Check out Foxed – a perfect game for all ages! you can’t get a better endorsement! 🙂